Where to Buy Ask A Question Sales Sheet

Our CX3 is unlike any protective film on the market. This pressure sensitive tacky film works on any surface and leaves absolutely no residue. We like to think of it as the protect all film of the century! With no adhesive added to the film, there is no risk of leaving it on too long. It works on a variety of surfaces including granite, stone, hardwood, carpet, tile, glass, laminate and more.

This all purpose protective film can be used on any jobsite and is repositionable for longer use. So, in essence, it will cover all areas of the jobsite; floors, walls, counter tops, windows, walkways, carpet, just about anywhere you can think to use it, CX3 will work! Check out our variety of additional protective films, or our other heavy duty surface protection products.

Warning: The film does not perform well in direct sunlight. The adhesive may become too aggressive and make the film difficult to remove.

“I love using stay put on the stairs. It holds just enough to stop from sliding.” @fantumkarpets -The Stay Put Surface Protector is a padded floor protector with a slip resistant tacky backing. This protective floor mat provides ideal construction floor protection, and is great for high-end hardwood floors, vinyl, tile, marble and stairs.The Stay Put Surface Protector is breathable to allow surfaces to continue curing, yet waterproof to block spills from the surface. It’s even re-positional and reusable, with no risk of residue being left behind on the surface. Temporary floor protection rolls are easy to work with and requires no taping! ... See MoreSee Less

“I love using stay put on the stairs. It holds just enough to stop from sliding.” -fantumkarpets 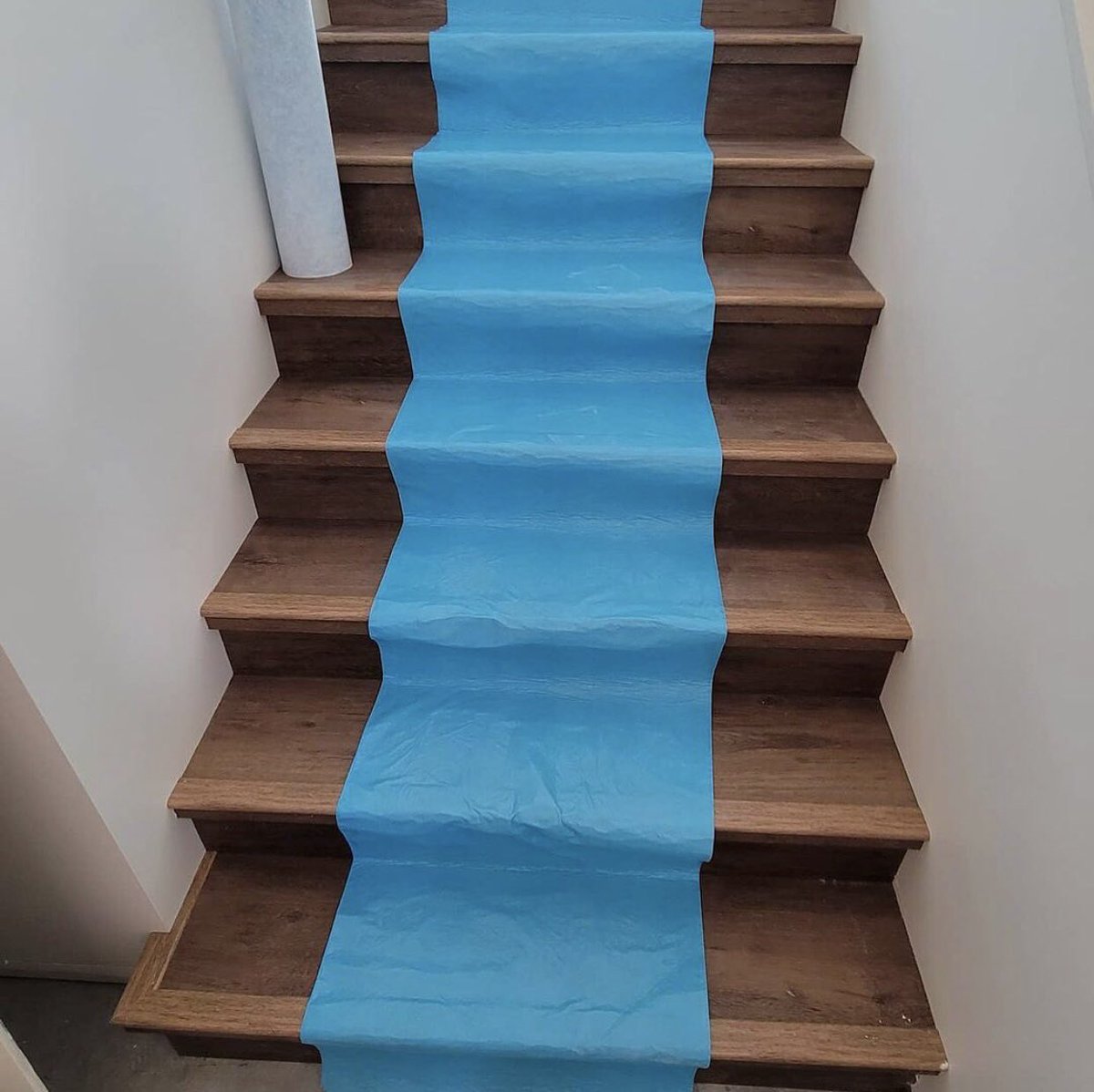