Blog / Want your own Independence Day?

While the Fourth of July is in the rear-view mirror, the idea of independence still lingers. How can you differentiate yourself from your competitors? What additional surface protection products could make your job easier, and your clients even happier? Could you raise eyebrows if you’re doing a better job protecting the worksite by using protective film solutions, that others don’t have—or haven’t thought to use?

Yeah, we thought so.

Excuse us for bragging just a bit, but the CX3® is unlike any paint protection film on the market. This pressure sensitive film adheres to nearly any surface—carpet, wood, granite, glass, laminate—with no gummy residue. That’s right, reposition it if you need to, still no residue. It lasts longer than adhesive films and comes in a smaller size (12” by 50’), perfect for railings and compact areas.

Not everyone thinks about protecting the HVAC units, but those units are costly, not to mention the heart of the worksite. Protect open duct work with this HVAC film that’s easy to apply, requiring no tape, strapping or banding. The blue, surface protective film is UV- and puncture-resistant.

Do you already have film you’re not using because it’s such a pain to unroll? Durable steel applicators work with a variety of film roll widths, including 24”, 30” and 36”, and will handle surface protection films for both carpet and hard surfaces. No longer a two-person job, film applicators unrolls reverse-wound film quickly and easily.

These are just a few ways to set yourself apart from the competition with surface protection films. Of course, there’s more where that came from. Trimaco is constantly researching and developing new products, for surface protection, paint protection, and other protective film solutions. Check out our catalog here.

When it’s time to wash up »

X-Board on site in Greece! Thank you Floor Protection for the footage! ... See MoreSee Less

X-Board on site in Greece! Thank you Floor Protection for the footage! 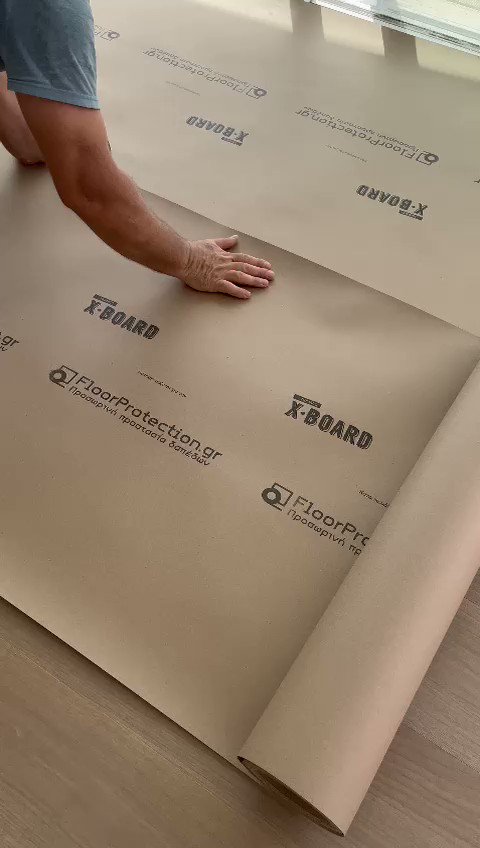